To the land of the rising sun 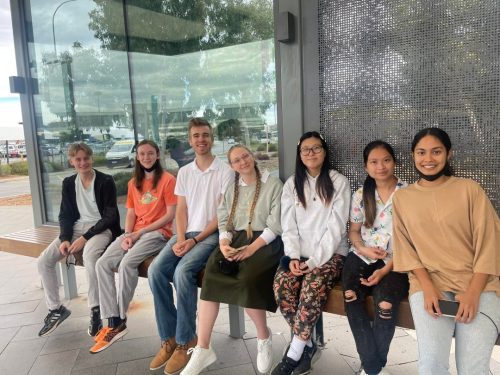 It felt odd to be gathered around such a large assortment of students at Perth airport. It was mid-week, and many of them probably should have been at their university classes. They had risen early and made the journey to farewell Nicole, as she returned to Nagoya, Japan, to serve with their campus ministry on a Short Term International (STINT) placement.

Nicole first met a Power to Change worker, Emily, back in 2015 at the University of Western Australia. After quickly getting involved as a student leader, Nicole enjoyed hearing about the opportunity to do a short-term mission with Power to Change to Japan.

Nicole had lived in many nations, but was particularly fond of her formative years in Japan, rapidly falling in love with their culture, climate and values. The vision of reaching university students in the Land of the Rising Sun with the gospel began to tug on her heart.

Nicole’s first foray to Japan as a STINT missionary was in 2019-20, although her stay with the Tokyo campus team was short-lived due to COVID-19. She returned to Perth, and though saddened by the abrupt departure from Japan, Nicole did her best to dive into campus ministry back in Australia instead.

Students fell in love with how much she nurtured them, and her colleagues appreciated having her ‘on loan’ from Japan. However her longing was always to return one day, once the borders allowed it.

Nicole joins Olivia and Enoch from Melbourne, together forming our first Japanese STINT Team from Australia for multiple years. We are thankful to God for giving them the perseverance to take the gospel to a barren spiritual climate, and also a bold faith to do so in the midst of global uncertainty.