Power to Change – Transition of Chairman 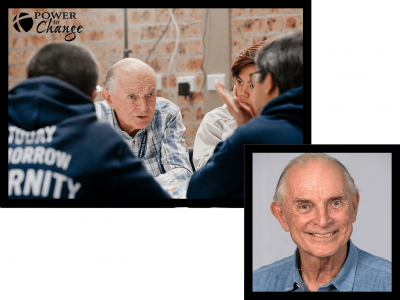 Power to Change has announced a transition in the leadership of its Governing Board.

After 7 years of faithful service as Chairperson, Robert Rawson OAM (aka Jim Rawson) has stepped down from the Board. A new Chairperson will be announced after the upcoming AGM.

During that time as Chair of Power to Change it has grown larger and stronger under his experienced and bold leadership. He will be sadly missed and is much loved.

Jim has also completed his time as a valued member of the GAiN Board, our humanitarian partner. He served faithfully for many years with GAiN and as its Chair in recent years, Jim transitioned it from an Association to a now healthy not-for-profit company.

Jim is the very best example of generosity – someone giving their whole LIFE to the gospel – their labour, influence, finance and expertise.

“For they refreshed my spirit and yours also. Such deserve recognition” I Cor 16:18

Jim joined Power to Change in 2000 after finishing with Scripture Union Queensland as its long-serving CEO. He began with Power to Change back at the coal face of evangelism, reaching uni students and mentoring our missionaries. He then led teams in various settings and after appointment to the Board in 2010 he became its Chairperson in 2013. In this role, Jim navigated the organisation through many trials and transitions, including a name change and appointment of a new National Director.

Jim remains one of the tribal elders of Power to Change and GAiN.

We are also part of an international network known as Cru or Cru Global.

Boards of Power to Change and GAiN, July 21 2020, joint announcement