“Passing the Baton the Next Generation” 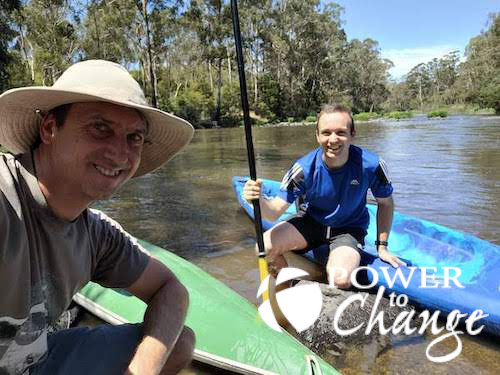 ~ Jonathon Kilchester, a missionary with the Campus Ministry

Passing the baton to the next generation

Let me reintroduce you to Harry. He is one of the students I have been discipling at Monash uni for the past 3 years or so. Last year he graduated and has since joined as a missionary with Power to Change! As I have taken on the Global Missions Director role with Power to Change Australia, I have had to step back a little further from my on-campus ministry (though I still plan to engage with the basics of evangelism and discipleship on campus). I have been on Monash uni now for 10 years. But what I’m thrilled about is that I can now pass the baton on to Harry, a young energetic extroverted missionary who will bring some fresh excitement and energy into the movement as we continue to seek to lead more people to Jesus…

I remember back right at the start of my first year, I signed up for a bunch of clubs at Monash (Power to Change being one of them!) A day later, I was traveling home on the bus and this guy called Jonathon called me and asked if I wanted to catch up for a coffee! I remember thinking that I didn’t sign up for this sort of thing, but I was too shy to say no, so we caught up, and Jono convinced me to come to PTC’s weekly meeting.

How have you seen God use you through your time as a student and a Key Student Leader?

Being part of others’ walks with God and watching them grow in their faith, whether through discipleship or just as a friend, was always such a joy! Another thing God used me in was helping the community move online early in the pandemic. Before Covid a handful of students from Power to Change had a discord server where we would game together, but as the lockdowns started, I saw that this was a great place that we could continue to hang out socially with everyone.

We got onto it early, and it was quite effective, as many people joined in and as a result stayed connected! It was so cool to see God use this idea and our discord server to keep the community together throughout this time!

Harry, why did you decide to become a missionary?

My experience as a student with Power to Change was life transforming, and I had the privilege to see so many people, both Christian and non-christian have similar experiences to me. This showed me the immense value of Christian movements on campus and made me really keen on investing myself into this ministry too, to help it continue and grow!

What would you like people to pray for as you go into your first couple years as a missionary?

That God will equip and sustain me for ministry on campus, and that he will continue to work powerfully in students’ lives there!