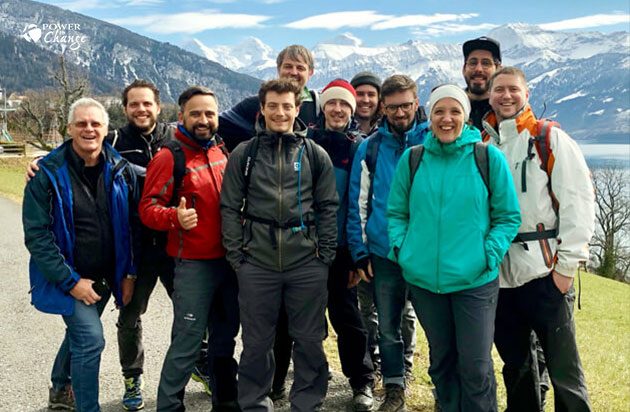 When Matthias Langhans from Campus für Christus (Power to Change) in Switzerland brings leaders together to start the SHIFTm2M journey, he takes them on a day of pilgrimage hiking along ancient medieval pilgrim trails. They talk as they travel, stopping for times of reflection in the Word and to pray.

They’re on the edge of the Alps. When the cloud breaks and the sun shines through, the group realizes that they’re rimmed by an amazing vista of snow-capped alpine peaks reflected in lakes fed by snowmelt. It’s postcard picturesque.

Western Europe has a Christian context with established denominations, but they’re not seeing life and expansion in the church. A very traditional approach prevails with the Sunday service and attendance a key focal point. Followers of Jesus are struggling to really think in terms of disciplemaking and multiplication. So SHIFTm2M has been seen as a tremendous opportunity to help Christians leaders rethink the role of church with a “shift” towards the central importance of making disciples who make disciples. Leaders are reconsidering what a healthy church community looks like.

One such leader is David Oliver, a pastor in Barcelona. He went through Shift with Bill Hodgson (Power to Change) during our first pilot training in Germany a couple of years ago. David has been implementing the principles which have changed his whole approach towards a focus on equipping others to become disciplemakers. He now views his role as multiplying the ministry of others rather than running a church. David is using the Shift framework as an explanation, diagnostic, and planning tool.

Pesche works part-time as a youth pastor and part-time with Campus für Christus (Power to Change) in Switzerland running their schools ministry. After completing the SHIFTm2M training, Pesche is taking all his youth group through movement building from the life of Jesus as a year-long Bible study. He loves talking about how Shift has totally changed his thinking from running a ministry to building a spiritual movement.

A network of leaders from different organisations around Europe, who are friends of Matthias, invited Bill Hodgson to share for a few hours on the life of Jesus as a movement building leader during one of their retreats. They are in charge of ISTL (International Seminary of Theology and Leadership) and pride themselves on building leaders. They were so excited about Jesus as a movement builder that they booked Bill to take all of their 100 students and 30 of their alumni through a two day intensive in Switzerland.

Matthias himself is relocating to Austria where he will continue to use SHIFT among leaders. Simon, one of the CfC leaders introduced to Shift by Matthias, will be taking up the leadership of SHIFTm2M Training for pastors and leaders from Switzerland to the rest of Western Europe. It is so encouraging to see the life of Jesus making a significant impact in Australia and Europe through SHIFTm2M.